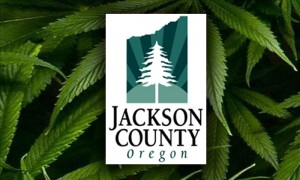 JACKSON COUNTY, Ore — Jackson County Board of Commissioners have discussed declaring a state of emergency over its growing concern of illegal marijuana production throughout the county.

During a work study session Tuesday, commissioners discussed a laundry list of issues the county is facing regarding the revenue from dispensary sales, and alleged crimes attached to the illegal grows.  County Administrator Danny Jordan and Counselor Joel  Benton, went over the draft of the emergency which is publicly available over audio only.

It’s the second time in three weeks that commissioners discussed declaring a state of emergency.

Measure 91 overwhelmingly passed in 2014, which legalized recreational use of marijuana in the state. Jackson County voters passed a ballot measure during the May 2015 election, to implement a local tax on the production and retail sale of marijuana. 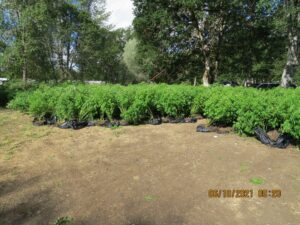 According to Ballotpedia, the tax amount levied on medical and recreational marijuana would have been up to 25%.

“We did this so we could deal with all the impacts we expected,” Jordan said during the meeting. “And that was so we could offset the cost associated with addressing all the issues that have come to fruition.”

The state later enacted House Bill 3400, which ultimately overrode the local tax and laid out more details about the regulation of marijuana sales. The bill capped the tax at 3%, which officials say negatively affected their incoming revenue.

Jordan said the county was prepared to distribute a large amount of money to the Jackson County Sheriff’s Office to enforce marijuana-related issues. He says the quarterly payment was reduced from $811,927 to $213,510 following the passage of ballot measure 110 in the November 2020 general election. The measure made Oregon the first state in the nation to decriminalize the personal possession of illegal drugs.

“The bill didn’t provide any ongoing revenue to Jackson county for the issues that we’re facing or the impacts of the production of marijuana in the county,” Jordan said. “So basically we lost $600,000 a quarter to be able to provide resources, public safety, resources, code enforcement, everything that we need to deal with the impact from this.”

Jordan said criminal activity related to marijuana production also dramatically increased by 59% since it was legalized. He noted the Sheriff’s office responded to calls including burglary theft, assault, robbery, and nuisance crime. There’s currently no word yet on when the commissioners plan to send the letter to the Governor’s office.

This remains a developing story and more details will be released as details emerge.