PHOENIX, Ore — Jackson County Fire District Five is sounding the alarm over fears of losing millions of dollars in funding – aimed at redeveloping the city of Talent.

Vicki Purslow, board chair of JCFD5, said the Talent Urban Renewal Agency (TURA) is proposing to redirect around $17 million dollars of funding from the district, to help in the rebuilding process since the Almeda fire.

JCFD5 covers Talent, Phoenix, and some unincorporated communities in Jackson county – areas that were heavily impacted in the Almeda fire. 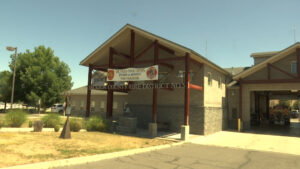 All six city councilors and Mayor Darby Ayers-Flood are part of TURA. Members held a meeting on June 17th to discuss the framework of the urban renewal project.

According to its website, TURA is looking to build more affordable housing, help small businesses, and invest in other fire prevention programs – like buildings that are fire resistant. More notably, the renewal plans allow TURA to borrow money from other resources without raising tax rates for residents.

Jordan Rooklyn, city manager of Talent, stated many services like police and property taxes contribute to the general fund.

“[The general fund] is the most flexible money,” Rooklyn said. “If we ever fell short or we wanted to use money for maintenance for a project, we can use general fund dollars for that.” 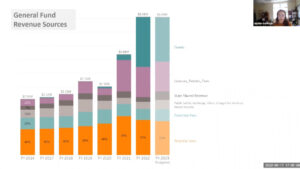 However, Purslow argues that the city is expecting millions of dollars in federal money to help the rebuilding process, and believes the fire district does not need to be impacted.

“[The redirection of funds] means degraded levels of service in fire and emergency medical services, because we cannot meet the demand without those funds.” said Purslow.

Chief Charles Hanley is concerned about the future of his workforce and the communities they serve, if TURA moves forward with the alleged plans.

“If you take funding away from its intended purpose, the folks in the community will not receive that funding towards fire equipment, fire apparatus and personnel.” said Hanley. 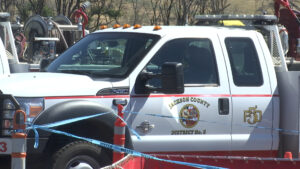 Purslow said they sent a letter to the city about their concerns earlier this month but have yet to receive a response.

“We don’t understand why, when they got the ability to receive millions of dollars of aid,” Purslow said. “Redirecting $17 million dollars of property tax that the voters put in place, and do this unilaterally without the vote of citizens. We’re not out of the drought conditions, we still have an aging population, we have projected population growth and we still have those demands to meet. So $17 million dollars really matters to us.”

According to Purslow, the TURA board will meet this Wednesday at 5 p.m. to vote on the proposal. If passed, the city said it will take over the consideration process, and go over how it will impact the city in the future.