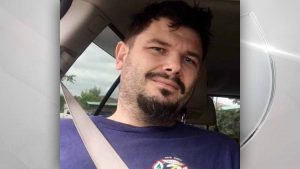 The following Monday, Casita’s 2017 blue Subaru Outback was found by family members at Timpanogas Lake in Douglas County, where Casita has been known to camp in the past.

On November 2, a man visiting Timpanogas Lake found skeletonized remains in the forest.

Deputies responded to the scene and recovered the apparent human remains, believed to be those of Casita.

The Douglas County Medical Examiner’s Office is working to make a positive identification.

Deputies said foul play is not suspected at this time.