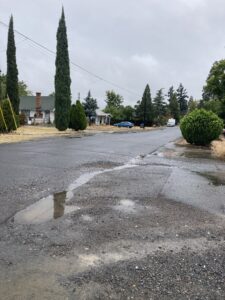 MEDFORD, Ore. — The smoke is gone thanks to the rain, but the National Weather Service says its going to take a whole lot more to make any sort of a dent in the drought situation in the area.

The National Weather Service in Medford says southern Oregon saw around an inch of rainfall today.

Although it helps with wildfires in the area, as well as the smoke, meteorologist Miles Bliss says it will help drought issues only slightly.

“This rain that we’re experiencing here won’t really do much to end the drought, maybe it’ll reduce it some in some places, but that’s really the best we can hope for now,” said Bliss.

Bliss says this is the most rain the Medford area will see for a while.