SALEM, Ore — The Oregon House Education Committee is continuing its push for racial equity with a new bill, that would protect teachers of color from being laid off during district budget cuts.

House Bill 2001 is currently in the House Rules Committee after passing unanimously in the Education Committee Tuesday. House Speaker Tina Kotek is the main sponsor and is lobbying state leaders to ensure representation in classrooms.

“This bill has a simple, but important goal,” Speaker Kotek said in a written testimony in February. “Maintain diversity ratios between teachers and students in the event of school district layoffs.” 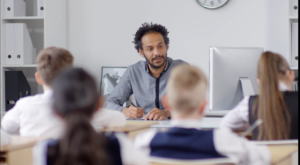 “HB 2001 is a vital strategy for retaining a diverse educator workforce in Oregon’s public education system.” The Oregon Partners for Education Justice said in a statement.

During the 2018 to 2019 school year, the Oregon Department of Education reported that the statewide ratio of student-to-teacher is 19:1. Although statewide for every 68 students of color, there is one teacher of color. 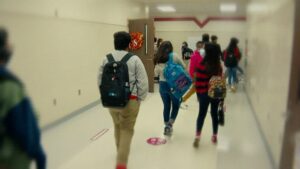 “We have to do more to close this gap.” Speaker Kotek said.

D.L. Richardson is the Equity Specialist with the Medford School District and an advocate with Black Southern Oregon Alliance (BSOA).  He emphasizes that having teachers of color in the classroom, has shown to have long-term positive impacts in students’ learning.

“Their possibility and their expectation goes up as high as 35%,” Richardson told NBC5. “And that’s just from one teacher of color in that classroom.”

Becca Laroi is the Assistant Principal with Ashland High School, and is also an advocate with BSOA. She highlights that its never too early or late, to have conversations and teachings about race for all students.

“I think its imperative that we start talking about race and diversity at a really early age,” Laroi said. “We know that White students benefit and do better having that exposure to diversity from their teachers as well.”

There is currently no word yet on when the bill will be voted on to be sent to the House floor.