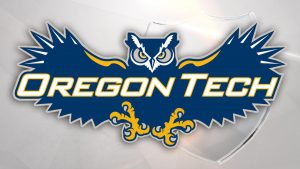 Klamath Falls, ORE.- Negotiations between the Oregon Institute of Technology’s administration and faculty union have stalled. As a result the university is declaring an impasse in the negotiations.

Despite 16 months of negotiations, the school says less than half of the articles in the union contract have been resolved. The school says the union recently proposed an estimated 20% increase in cost for salaries in 2021, plus additional increases over the next two years. According to the faculty union, the initial pay increase would be approximately $2.5 million compounded yearly with an additional $250,000 in 2022 and 2023 bringing the three-year cost to the University to approximately $9 million.

In a press release, Oregon Tech called that unrealistic and said it displays a lack of situational awareness on the part of the faculty union when proposed during a pandemic and with uncertainty in state funding.

The university says an impasse does not mean an end to negotiations, but rather a refocusing.

“The lack of progress from the union is very concerning and left us with little choice but to declare an impasse so that both parties can move forward with their final offers,” said Oregon Tech President Dr. Nagi Naganathan. “Oregon Tech has not witnessed any significant movement by the faculty union in the last four mediation sessions and feels the best way to move the negotiations forward is to declare an impasse. It is our hope that such a declaration provides the union the necessary catalyst to focus on negotiations toward resolution.”