MEDFORD, Ore — A Providence Medford doctor is getting ready to run nearly 200 miles in one week to raise money for multiple sclerosis research.

Laurie Dutkiewicz works in the emergency room at Providence. She’s one of 19 people across the United States chosen to participate in the, “MS Run the US Relay.”

Multiple Sclerosis, commonly called “MS,” is a disease that affects the nerves. Some people begin experiencing symptoms at a young age and there’s not a cure available.

“I just wanted to do something that felt good,” Dutkiewicz told NBC5. “People with M.S. have a lot of neurological issues and it varies from person to person. Sometimes they lose feeling, or movement.”

Dutkiewicz said her husband was diagnosed with multiple sclerosis more than 20 years ago. Seeing how he handles it while also exercising, motivates her.

“He just inspires me to do better, and to do more,” Dutkiewicz said. “If he can workout, then I can do the same and more.” 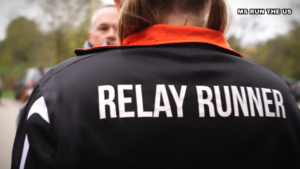 The relay was inspired by founder Ashley Schneider in 2009. According to the organization’s website, Schneider wanted to use her love of running to fight the disease.

For Dutkiewicz, she’ll be the 4th leg out of 19 runners in the “ultra relay run.” She will be running a total of 177 miles across Utah for seven days straight – about 26 miles a day.

The entire relay is from Santa Montica, California to New York City. Dutkiewicz’s will begin her mission on May 1st, 2022.

Keeping in mind the purpose behind the run, is what pushes her to keep going. 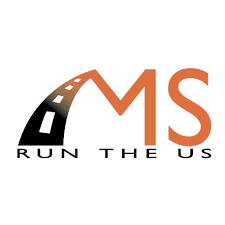 As of Tuesday, her campaign raised $2,378.59 out of the $10,000 goal. A link to donate and learn more information about the relay can be found here: Dr Laurie’s run to fight MS