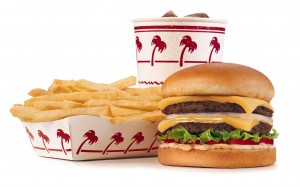 The news comes three months after the popular chain opened its first Oregon location in Medford.

It’s been rumored for months but it appears it’s official – Grants Pass will be getting an In-N-Out restaurant at some point.

NBC5 News spoke with Mayor Darin Fowler who wasn’t aware of anything official but says that the business would be welcomed, “I think it would do very well in that location with our coast highway as well as being right on I-5 and being even closer that the one in Medford.”

The city’s planning department tells NBC5 News that they have not received any applications from the burger chain to build a new location in the city.

In-N-Out lovers have traveled from across the state to Medford since opening three months ago.