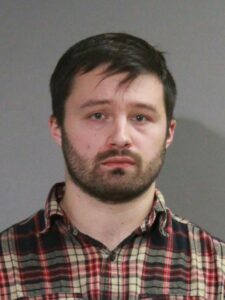 MEDFORD, Ore. — A South Medford High School teacher is arrested, after police say he had an inappropriate relationship with a student.

The Medford Police Department says they became aware of a possible inappropriate relationship between a student and SMHS teacher, 26-year-old Tyler Cienfuegos, on December 8th. The Medford School District was notified and police say he was immediately placed on administrative leave.

Detectives say they have no information to suggest there are other victims at this time. If you have any information, contact MPD at 541-770-4783.