CENTRAL POINT, Ore — The arrest of a Crater High School student Friday, comes in the middle of a growing concern over youth mental health across the United States.

Central Point Police Department said it arrested a Crater High School student, following an investigation into a tip through the state’s SafeOregon line. Police said a student was in a crowded hallway Thursday, and overheard another student making a potential threat.

The threat prompted increased patrols from the Central Point Police Department Friday. A student was later arrested and charged with disorderly conduct in the first degree. 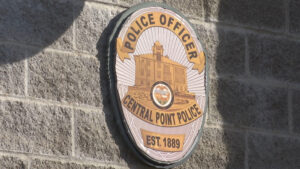 “We take all threats seriously, and we investigate each one thoroughly,” Captain Scott Logue, Central Point Police Department, told NBC5. “Through that investigation, they were able to determine that the comments made, were of a nature that were alarming.”

The United States Surgeon General sounded the alarm earlier this week on a “youth mental health crisis,” attributed to the effects of the COVID pandemic.
The report stated psychological distress among young people increased since the beginning of the pandemic. Symptoms include anxiety, depression, and other mental health disorders.
“Recent research covering 80,000 youth globally found that depressive and anxiety symptoms doubled during the pandemic, with 25% of youth experiencing depressive symptoms and 20% experiencing anxiety symptoms.” The report said. 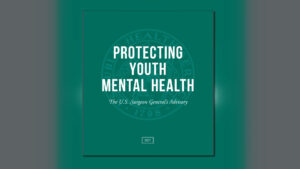 According to Surgeon General Vivek Murthy, the pandemic produced major changes that attributed to the concern over youth mental health. The report outlined factors like students being in and out of school because of COVID restrictions, losing a family member, along with financial instability in their household.
“One of the things that we want to focus on is connections, and getting people to have connections,” Rick Rawlins, Crisis manager with Jackson County Mental Health, told NBC5 Thursday. “Those have really been disrupted during the pandemic.”

Logue said he understands students may be on edge following school shootings that have happened over the years in the U.S. He encourages students to continue to keep an eye out, and know they always have someone to contact.
“That’s our best avenue as a community, to be involved and to get to the bottom of individual threats. We have to know about it to be able to do something about it, ”  Logue said. “That’s why those tip lines are set up for students, and others. It’s to have a known place they can call, if they’re not comfortable with calling the police directly.”
Murthy suggests students to invest in healthy relationships, find ways to serve, and always ask for help. 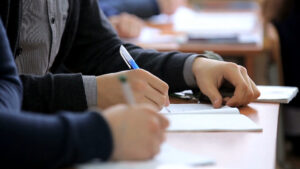 “Remember that mental health challenges are real, common, and treatable,” the report said.  Struggling with your mental health does not mean you are broken or that you did something wrong. Mental health is shaped by many factors, including biology and life experiences, and there are many ways mental health challenges can be addressed.
A copy of the report can be found here: Protecting Youth Mental Health
Tags: Central Point Crater High School Jackson County US Surgeon General
Share
Share on Facebook Share on Twitter Share on Pinterest Share on Reddit Share on Email