MEDFORD, Ore — Several employees at Misoya Bistro in downtown Medford will be receiving thousands in lost wages, after their tips were withheld for nearly two years.

The U.S. Department of Labor’s Wage and Hour Division said it recovered $280,124 in back wages for 36 employees, after investigators found the owner kept all of their earned cash and credit card tips. Misoya Bistro, located on the 200 block of Theater alley, paid workers an hourly “tip wage” rate that was lower than the amount of money the employees earned. 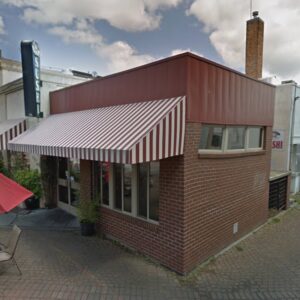 Investigators found that employees also did not receive overtime for working more than 40 hours in a single workweek.

“I think employers sometimes may think that because they pay the state minimum wage which is higher than the federal minimum wage, means that they can be involved in tips,” Carrie Aguilar, district director for the Wage and Hour Division – Portland office, told NBC5. “That’s just not the case. Tips should always go to the employees.”

Misoya Bistro has agreed to pay the wages and future tips. The case will be closed once payment has been confirmed.

No charges will be filed against the owner.

“The pandemic made clear these workers are essential to our economy and they must be paid all of their hard-earned wages,” Aguilar said in a release. “Employers who violate the law hurt workers and their families. They also gain an unfair advantage over law-abiding competitors who operate legally.”

Misoya Bistro did not immediately return our request for comment.