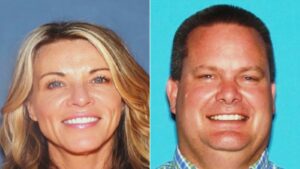 SAINT ANTHONY, Idaho (CNN) – An Idaho woman and her husband are being charged with killing her two children.

Tuesday, a grand jury in Fremont County indicted Lori Vallow and Chad Daybell on a number of charges including murder and conspiracy.

Daybell and Vallow were first charged in connection with the disappearance of her children in June 2020.

Remains later found on Daybell’s property were identified as belonging to Vallow’s children.

Daybell is also charged with the murder of his ex-wife, as well as insurance fraud.

Vallow is charged with grand theft accused of continuing to draw social security benefits for her children after their deaths.

Both suspects now being held without bail and are scheduled to appear in court Wednesday morning.