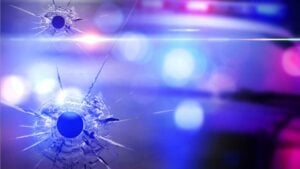 GRANTS PASS, Ore. — According to the Chief Deputy District Attorney in Josephine County, the man accused of leading police on a chase from Roseburg to Grants Pass in 2019 will plead on  Monday, March 22 at 8:15.  Sentencing will be at a later date.

The DA said the 32-year-old man from New Mexico, Michael Fanelli, waived his right to a jury.

Fanelli was arrested in 2019, after police say he led them on a chase from Roseburg to Grants Pass. OSP says he then shot at multiple people during the chase, before he was arrested.  He’s facing more than 30 charges, including attempted aggravated murder with a firearm.