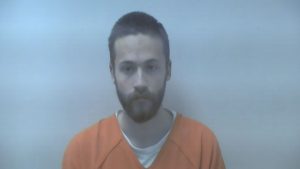 MEDFORD, Ore. — The local man police say snuck into McLoughlin Middle School last month and was later arrested on different charges, was back in court today.

Last month, police say Ponder trespassed onto several properties around Portland Avenue in Medford, exposed himself, and burglarized a house as well.

On Monday in court, Ponder’s attorney says he was concerned about his client’s ability to aid and assist in his own defense.

The judge delayed setting a trial date for one of Ponder’s cases, so a doctor could evaluate if he’s mentally fit to stand trial.