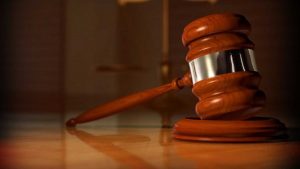 YREKA, Calif. – A man was sentenced for shooting and killing a man in Siskiyou County three years ago.

The Siskiyou County District Attorney’s Office said that in 2015, Jermaine Lee Whittle—an Arkansas resident—and his girlfriend were passing through Siskiyou County. The pair was spending the night in their car at the Pilot Travel Center in Weed. For some unknown reason, Whittle was shot in the head while reclining in the driver seat by Mitchell Lee Ralls.

Investigators said numerous pieces of evidence and led to Ralls’ arrest and conviction on a charge of first-degree murder.

According to the D.A.’s office, Ralls was recently sentenced to over 55 years to life in prison for killing Whittle.