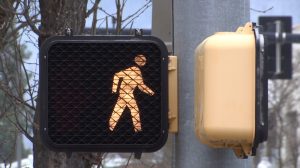 Medford, Ore.- 14 people were cited during a targeted pedestrian sting in Medford on Monday.

Officers focused the sting on an unmarked crosswalk located at E. Jackson St. and Genessee St. The three hour operation focused on drivers failing to yield the right of way to pedestrians in the crosswalk.

During the most recent operation, 14 citations were issued for several violations including failing to stop at a crosswalk, failure to use a seatbelt and driving uninsured. One warning was issued.

Medford’s ongoing enforcement efforts are, in part, the result of funding from Oregon Department of Transportation.