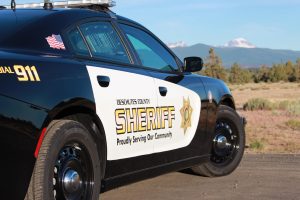 The Deschutes County Sheriff’s Office is asking for the public’s help in finding 30-year-old Ashlee Gingerich who was last seen on Christmas Day near the top of the Sunrise chair lift at Mt. Bachelor.

She is described as approximately 5’6, 140 lbs with dark blonde hair wearing a black helmet, pink/purple pants with a green jacket.