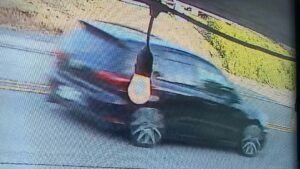 Oregon State Police said at about 6:03 p.m. on September 19, a motorcyclist was shot by an occupant of a passing vehicle on Highway 101 near milepost 289 south of Langlois, Oregon.

Both the motorcycle and the suspect vehicle were traveling southbound on the highway.

OSP described the vehicle as a black four-door hatchback, possibly a Volkswagen.

There were at least two people in the vehicle. They were described as a man and woman in their 20s or 30s. The man reportedly was tall and thin with short dark hair and a dark complexion. The woman was described as white with short hair with pink and purple highlights.

OSP did not comment about the condition of the motorcyclist.