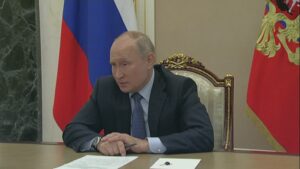 They agreed to be more communicative on cybersecurity issues, to return their respective ambassadors to Washington and Moscow in improved diplomatic issues, and to set out a new phase of arms control.

Speaking in a video call with graduates of a government management school, Putin noted Biden was very well-prepared for the talks.

He dismissed the American and Russian media portrayal of the US president as absent-minded and rambling, saying “he doesn’t miss anything”.

Putin however did appear to make a slight jab at the US administration, adding “Americans think that there’s nothing more important than themselves.”