Update:  Klamath Falls, Ore. – A suspect is in the Klamath County Jail on arson charges, accused of starting a fire that caused heavy damage to a Klamath Falls furniture store.

“The unlawful entry consisted of damage to a back portion of the building where he gained entry into the building.”  Notes Captain Ryan Brosterhous of the Klamath Falls Police Department.  “And then he is alleged to have been rifling through business materials.”

Police say suspect Dustin Jerome Hubbard answered the phone when the alarm company called, and told them he was trying to get away from someone.

A short time later, fire crews were called to a structure fire at Aaron’s furniture across the street.

Police believe Hubbard started the fire in a delivery truck.

“Upon investigation, some materials were found that were consistent with materials being held by Mister Hubbard at that time.”  Captain Brosterhous explains.

Investigators say damage to the truck, building, and store contents is estimated at 75 to 100 thousand dollars.

Hubbard was sentenced in mid-March to jail time for auto theft.

He was on probation at the time of his arrest.

Fire crews were called out to a structure fire at Aaron’s on Washburn Way at about 3:30 A.M.

Investigators say the fire began in a delivery van parked at the rear of the store, and scorched the exterior of the building.

Store Manager Amber Harrison says she was notified by fire crews.  “About 4 o’clock – and it was definitely a surprising call.  It’s just one of those things I guess that happens.”

The Fire Marshal estimates the fire caused between $75,000 and $100,000 damage to the van, the structure, and smoke damage to the interior. 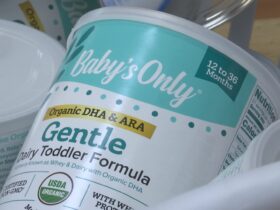