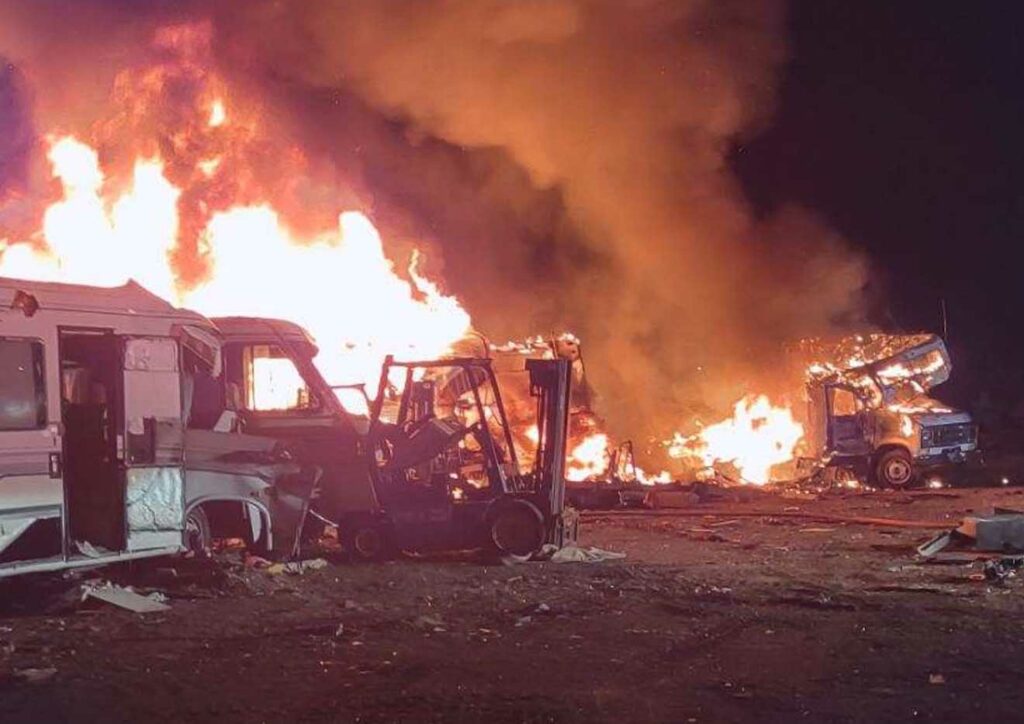 MEDFORD, Ore. – Investigators are trying to determine the cause of a fire that destroyed several RVs in a Medford storage lot.

The City of Medford said early Wednesday morning, there was a report of an RV on fire behind 1021 North Central Avenue. When crews arrived at the scene, they found multiple RVs on fire with the flames rapidly spreading to nearby vehicles.

The Medford Fire Department was able to quickly control the fire once they established a water supply. However, 10 to 12 vehicles were reportedly destroyed or severely damaged.

“The property is currently being utilized by Northwest Scrap which stores impounded RVs,” the City of Medford said. “This is the third fire at this property within the past year and is a known property to law enforcement.”

The fire department and Medford police have been working with the property owner to find ways to reduce the fire risk in the area and address complaints about the storage lot.

“The property is posted as no-trespassing but sustains regularly forced entry through
surrounding fence,” the city said.