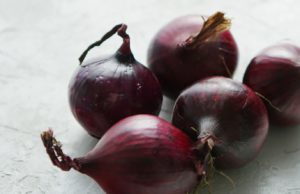 NEWPORT, Ore. – 76 people have been sicked from an outbreak of salmonella in Oregon, this according to the Oregon Health Authority. It said the cases are linked to red onions from a California company.

The OHA said 18 of the 76 people who got sick, were hospitalized. It said people became ill from 13 counties across the state.

According to the department, the onions come from Thomson International, Inc. out of Bakersfield, California.

“If you have any of these potentially contaminated onions, discard them and wash your hands afterwards,” advised Dr. Emilio DeBess, D.V.M., an epidemiologist at the Oregon Public Health Division Acute and Communicable Disease Prevention Section.

Across the country, OHA reported more than 400 people had gotten sick in this outbreak.