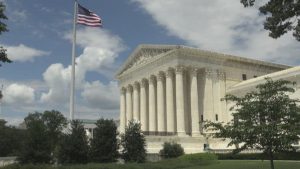 WASHINGTON, D.C. (NBC) – The Supreme Court will review a controversial move by the Trump administration to limit the number of immigrants by determining the likelihood of their needing public assistance.

The court will look at the 2019 decision by the Department of Homeland Security to expand the definition of “public charge”.

The designation was previously assigned if it were determined an immigrant would be primarily dependent upon cash benefits from the government for his or her income and could be a reason to deny immigration.

But the Trump administration broadened the scope to include non-cash benefits like Medicaid, supplemental nutrition aid and federal housing assistance.

The decision wound up in the courts with the Supreme Court now agreeing to hear the case.