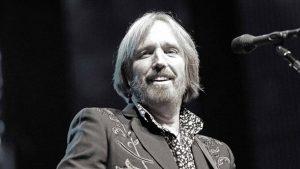 Malibu, Calif. – Tom Petty, frontman for the band the Heartbreakers, was found unconscious in state of full cardiac arrest at his Malibu home Sunday night, according to TMZ.

He was rushed to the hospital where he was placed on life support after paramedics detected a pulse. However, TMZ reported doctors couldn’t find any sign of brain activity when he arrived. The decision was then made to pull life support.

According to TMZ, Petty is “clinging to life” and is not expected to survive.

The initial TMZ report was confirmed by CBS News.

Tom Petty and the Heartbreakers recently completed a tour marking their 40th anniversary last Monday. He told Rolling Stone it would be his “last trip around the country.”

Petty was born the son of an insurance salesman on October 20, 1950. Before he rose to the top of pop charts with the Heartbreakers, he quit school at age 17 to join southern rock group Mudcrutch. That’s when he began working with two musicians who would later collaborate with him for decades, guitarist Mike Campbell and Benmon Tench.

Mudcrutch broke up in the early seventies. However, Campbell, Tench and Petty joined up with bassist Ron Blair and drummer Stan Lynch. Tom Petty and the Hearbreakers’ self-titled debut album was released in 1976.

The group went on to release hits such as “I Need to Know” and “Listen to Her Heart.”

Shortly before their latest tour began, Tom Petty told Rolling Stone, “We’re all on the backside of our sixties. I have a granddaughter now I’d like to see as much as I can. I don’t want to spend my life on the road.”