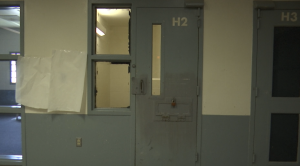 YREKA, Calif. — A new jail project in Siskiyou County may be in jeopardy.

Sheriff Jon Lopey says the project’s been in the works for roughly 8 years.

He says the Board of State and Community Corrections awarded the county close to $27 million in lease revenue bonds.

And since then, the county and sheriff’s office have worked to make the new jail a reality.

But Sheriff Lopey says if the project is shot down at a county Board of Supervisors meeting on Tuesday, that funding could disappear.

“The cost will be borne at that time without the benefit of 27 million dollars. And right now construction costs are rising monthly,” he said.

If built, Sheriff Lopey says the jail would go from 104 beds to at least 140.

He says the new facility will be a safer, energy-efficient facility with rehabilitation programs.

The meeting will take place on Tuesday at 9 am at the Siskiyou County Courthouse.