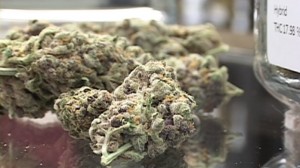 Ashland, Ore. — More than 600 people in the marijuana industry will be in Ashland this weekend. The city is playing host to the first-ever “Oregon Marijuana Business Conference.” A similar event was held last year for medical marijuana. The one day event will go over the new rules and regulations for marijuana business owners now that recreational marijuana is legal. It’s open to all current dispensary owners, and those interested in learning more about the fast-growing business.

“What we have here is an extremely viable cash crop that is keeping this economy going,” Alex Rogers, coordinator of the event says, “and in the near future it should be thriving.”

The conference is Saturday, November 21, 2015 at the Ashland Hills Inn on E. Main Street. Tickets are $199 until Thursday at midnight, and $249 after that. Click HERE for  for tickets and more information.