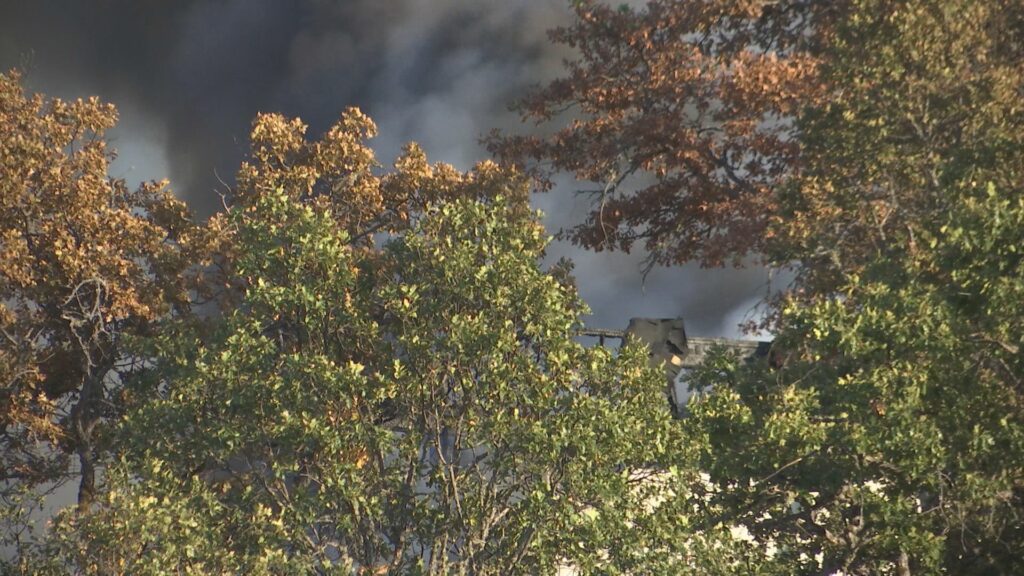 MEDFORD, Ore. – Jackson County Fire District 5 was called to a structure and wildland fire on September 12th in Medford just west of Phoenix.

The fire was burning on the 5,300 block of Pioneer Road. Crews say it grew to about a quarter of an acre.

ODF Southwest District says the wildland part of the fire was quickly stopped and firefighters are mopping up.

Fire officials say aircraft was quickly sent to the fire but had to land early after a drone was spotted flying in the area.

Firefighters say by the time they got on the scene a home was fully involved in the fire.

“I arrived at about the same time as one of our first engines, and a woman who lives there I believe told me there were some animals inside. By the time we got to the house it was well too involved to even go in,” said Battalion Chief, Brian Bolstad of Fire District 5.

Bolstad says because of water supply issues they had to bring water from town to fill up dry ponds.

He says the water was then pumped to attack engines. Right now there are no reported injuries or deaths, of people or animals. The cause of the fire is unknown.