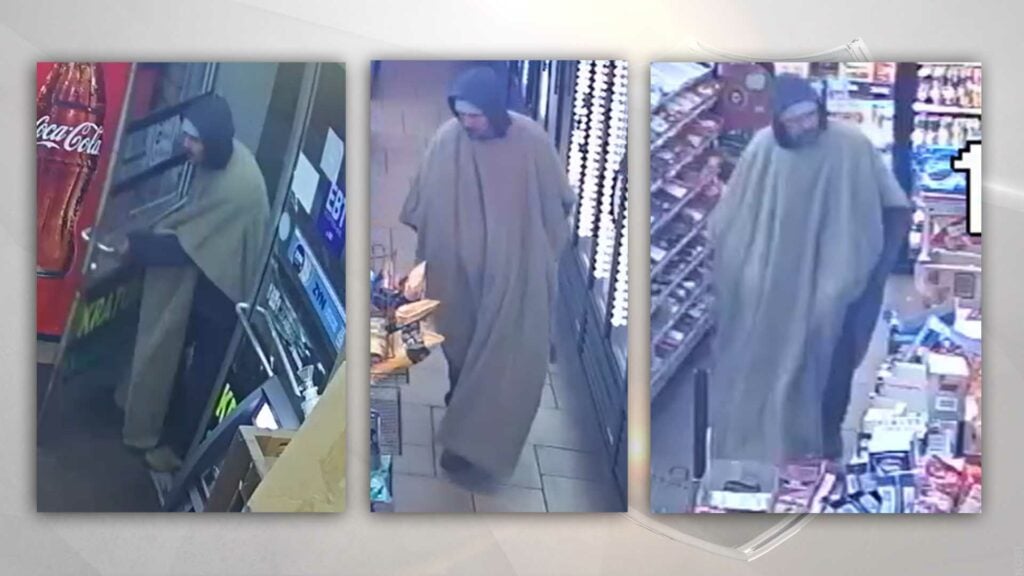 At about 8:45 p.m. on November 25, Grants Pass police responded to a reported robbery at the Town and Country Market on Williams Highway.

A store employee told officers that a male suspect committed theft and fled on foot.

The Grants Pass Police Department said when the employee followed the suspect outside, the suspect fired a gun in the direction of the store.

Nobody was injured, investigators said.

On December 1, GPPD publicly released surveillance images of the suspect to try to determine his identity.

Anyone with further information is asked to call Detective Justin Hoy at 541-450-6343.