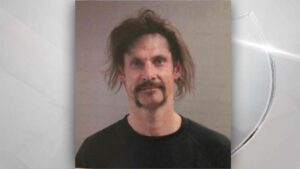 JACKSON COUNTY, Ore. – A person was arrested for allegedly starting a fire during the Almeda Fire.

The Jackson County Sheriff’s Office said a fire started at 11:04 a.m. in north Ashland and spread north along the Bear Creek Greenway.

While the Almeda Fire was destroying homes and businesses in Talent and Phoenix, someone reported seeing a person starting a fire near railroad tracks northwest of Phoenix High School.

Within minutes, that person was found by OSP & JCSO and taken into custody. He was identified as Michael Bakkela.

The sheriff’s office said Bakkela was charged with arson, criminal mischief and reckless endangerment in connection with the alleged arson in Phoenix.

Deputies said they don’t have enough evidence to connect Bakkela to the initial start of the Almeda Fire in Ashland, but they’re still investigating.

The sheriff’s office also confirmed one person was killed by fire in Ashland. The cause of a second death possibly related to the fire is still under investigation.

According to the sheriff’s office, they also arrested several people for looting in evacuated areas.