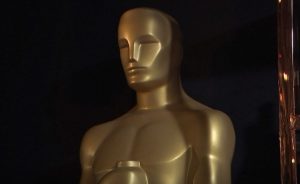 (NBC) — Coronavirus has already wreaked havoc with many scheduled events this calendar year. Now, it’s impacting a major event for 2021. The Oscars are being pushed back two months because of COVID-19.

The Academy of Motion Pictures Arts and Sciences announced Monday afternoon, it is moving the ceremony back eight weeks, to April 25, 2021. That’s because of the pandemic’s impact on production in the movie industry.

The academy will also move the eligibility window back allowing films released through Feb. 28, of next year to be considered.

It’s the fourth time in its history that the Academy Awards have been postponed. Most recently, it happened in 1981, after an assassination attempt on President Ronald Reagan. They were pushed back a day.

This year’s Tony Awards have been postponed indefinitely. This year’s Emmy Awards are still currently scheduled for Sept. 20.