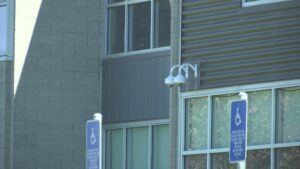 MEDFORD, Ore. —The Medford School District is getting a $1 million upgrade to its security cameras. But this was planned before the tragic shooting in Texas last month.

The district says its cameras are getting older and it’s time to upgrade the technology.

It’ll allow MSD schools to be more proactive in its security approaches. The cameras will also have the ability to upload a student’s photo to software, to see if they appear in the footage.

“It’s just a really neat system that’s going to increase the safety of our schools which is something that we are constantly working to do,” said Natalie Hurd with MSD.

The security cameras will be distributed across the district.

MSD hopes to get them installed by the beginning of the next school year.