JACKSON COUNTY, Ore. — A ballot measure to protect the Second Amendment in Jackson County will be considered by voters this November.

Gathering all those signatures took 3 months.

Organizers say by giving voters a choice, they could protect the Second Amendment for generations to come.

“I put some kind of hurdle in the way of the gun control movement in Portland affecting my right to bear arms and really my right to defend myself with equal force,” said Ryan Mallory, campaign manager of Right to Bear Arms.

It will appear on the ballot as Jackson County measure 15-181.

For more information on the measure, you can visit patrioticrevolution.com. 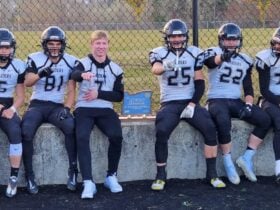