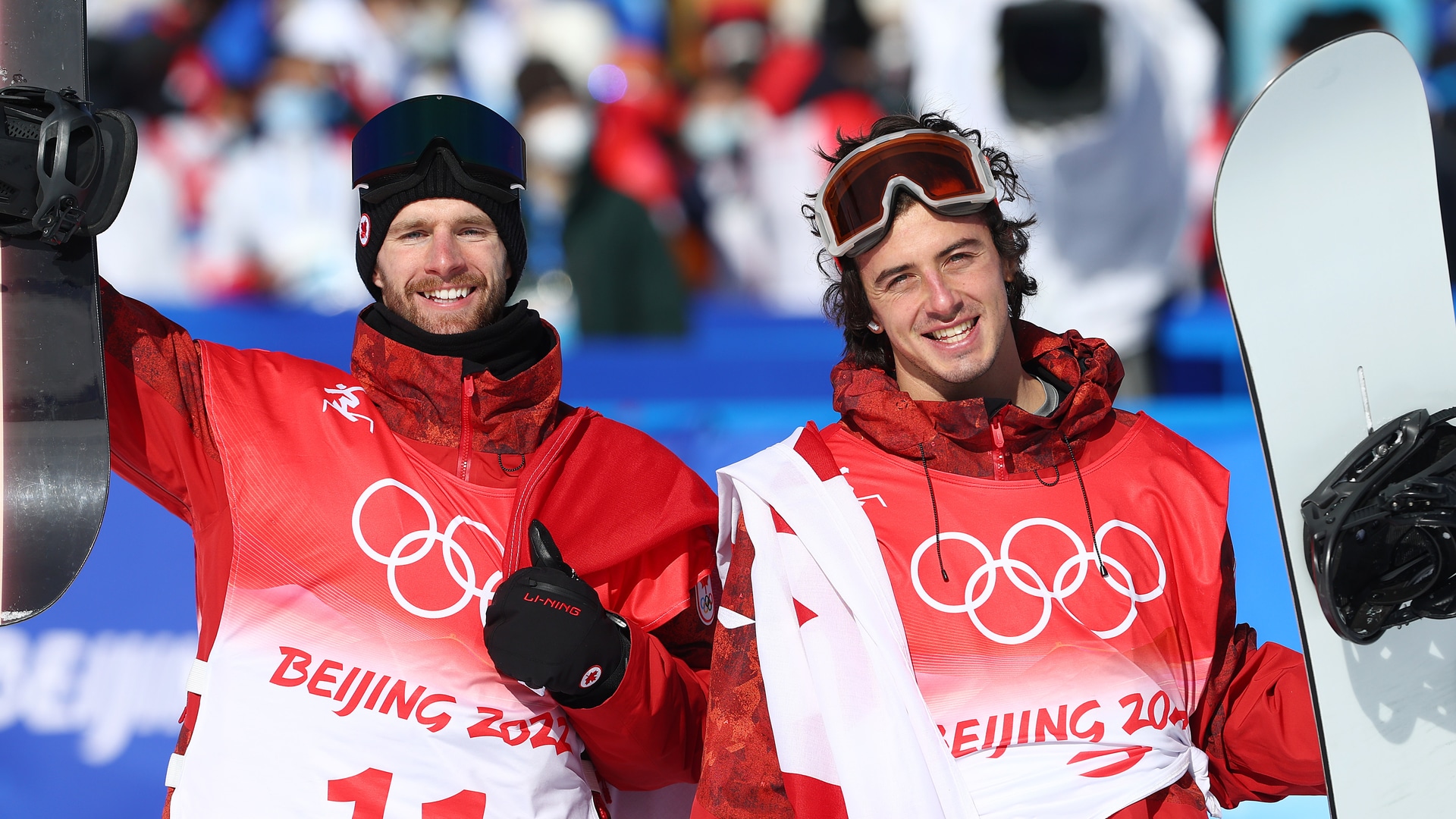 Team Canada’s slopestyle medal winners are scrappers of the highest order, their triumphs coming after nadirs that would stop many in their tracks.

That’s not to say that gold-winning Max Parrot and bronze-claiming Mark McMorris didn’t have fights on their hands to get to their place on the podium at the 2022 Winter Olympics, but it does make the Canadian duo a pair of high-quality role models.

We already knew that McMorris handles physical challenges well. He won X Games glory in 2016 despite a broken femur months earlier and claimed bronze at the 2018 Olympics after overcoming a near-tragic accident, making his 2022 bronze doubly sweet (or triply… it’s his third-straight Olympic bronze).

But for Parrot to claim gold three years after a cancer diagnosis and the subsequent grueling treatments is out-of-this-world.

The Quebec-born Parrot was diagnosed with Hodgkin’s lymphoma in late 2018 and won X Games gold two months after a six-month long run of chemotherapy.

It was a prelude to Monday’s triumph in China, made even sweeter by Parrot’s perfect perspective.

“I don’t take anything for granted any more,” he said. “It made me such a better snowboarder, as well. I try to appreciate every day now – the little things in the morning through to my passion of snowboarding. I try to smile all day long now, and the results come with that now as well. It’s amazing

McMorris required two surgeries to overcome 2016 injuries suffered while snowboarding in British Columbia at 23, an accident requiring repairs to a fractured jaw, a fractured left arm, a ruptured spleen, a pelvic fracture, rib fractures and a collapsed left lung that combined to cause internal bleeding.

I didn’t think I’d ever snowboard again when I was laying there after I hit that tree. I was awake and was waiting. As soon as the helicopter got there [90 minutes later] I went to sleep. I remember the whole time waiting, just trying to survive because ruptured spleen and all that, and my jaw was just hanging. I was puking. I thought I was going to die — literally.

Has there ever been an Olympic podium with such distinctly different but perilously close stories of overcoming adversity? Perhaps, but it’s challenging to think too many came from the same nation.

In an Olympics with its fair share of extracurricular drama of the most tense and challenging order, to see a pair of medalists who symbolize the triumph of the will, and their dreams fulfilled, is absolutely brilliant.