Mixed team ski jumping made its entrance to the Winter Games with a consistent flow of huge jumps off the ramp. Solidifying another gold medal for Slovenia, the team of Nika Kriznar, Timi Zajc, Ursa Bogataj and Peter Prevc broke through the 1000 point barrier with a total of 1001.5 points. This will be ROC’s first time on the podium for ski jumping.

Right off the bat, the Slovenians had a colossal lead on contenders. They held on to first place after the 1st round and finished with 750.9 points. Displaying strength and depth, the quality of jumps from the Slovenian team is what set them apart. The final came down to a fight for silver.

Arguably the most dynamic team in this event was Canada. They had the run of their lives and jumped from fourth at the end of the 1st round to 2nd in finals. Competition went down to the wire. Despite a young team, a bold jump from Canada’s veteran Mackenzie Boyd-Clowes landed the team in second. Then, the final jump from ROC’S Evgeniy Klimov earned him 130.6 points and bumped the Canadians down to bronze. However, their bronze medal performance earned the first ski jumping medal for North America in just shy of a century. ROC took silver.

The Norwegians did well in the 1st round of the mixed team event, but they couldn’t hold on to the lead they had when rankings in the finals took shape. Falling off quickly from the pack, the Scandinavians finished last in 8th place.

Germany’s mixed team containing ski jumping star Karl Geiger, did not qualify for the finals. After Katharina Althaurs was disqualified, it was clear the Germans were no longer in consideration for a top place finish. 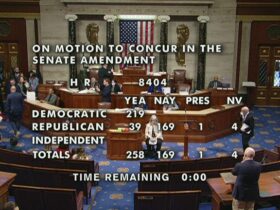