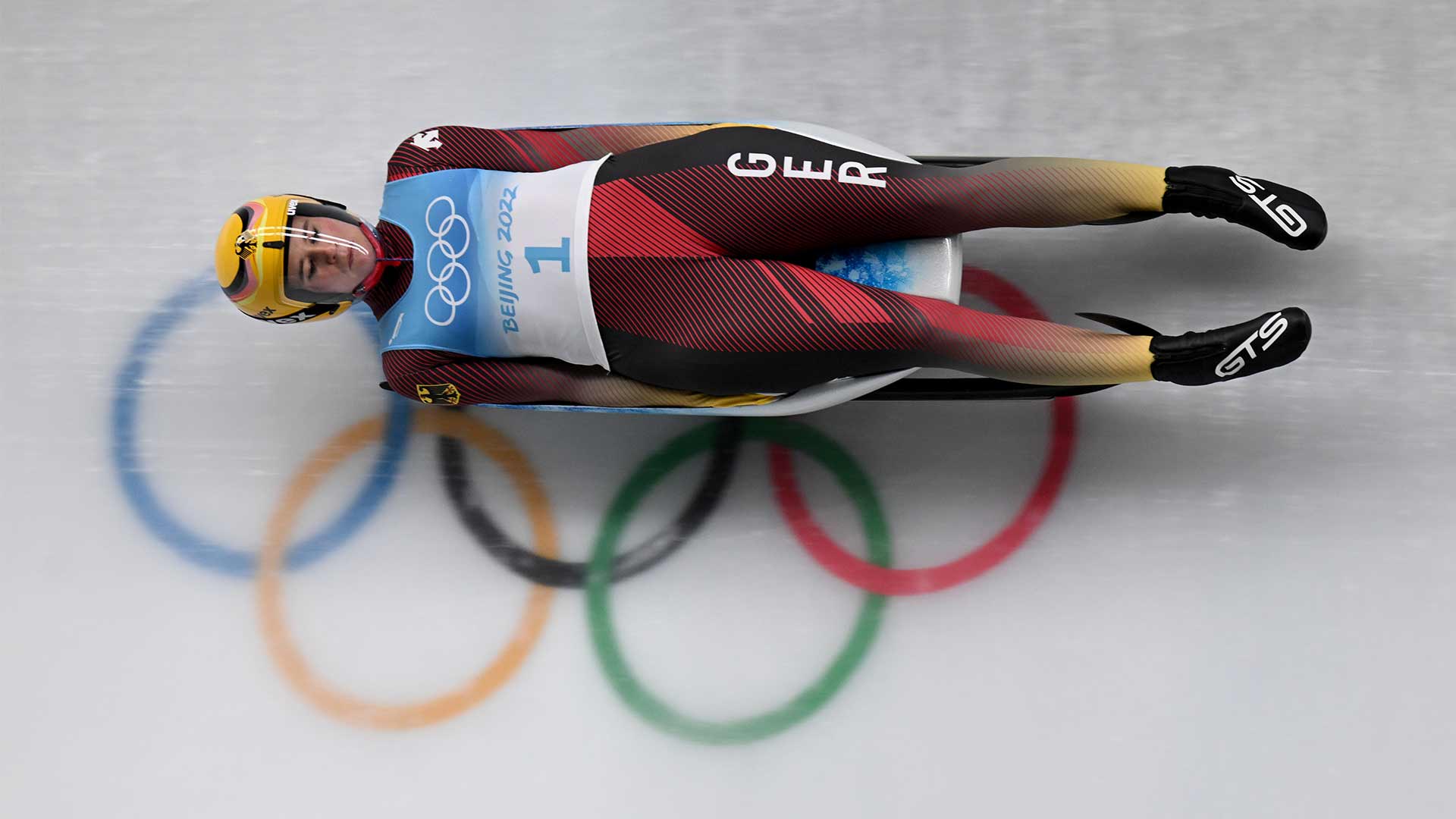 GERMANY, GEISENBERGER HONE IN ON GOLD

Two-time defending gold medalist Natalie Geisenberger continued to dominate during the first day of women’s singles races at the Yanqing National Sliding Centre. Two heats down, the German owns the fastest total with 1:56.825 – and is well on her way to a third consecutive gold medal, which would only solidify her status as the greatest female luger of all time.

A Geisenberger victory would also extend Germany’s already established women’s singles streak to seven straight gold medals in a row. It is the longest active gold run for any country at the Winter Olympics.

The 34-year-old’s edge is at least partially due to world champion Julia Taubitz‘s brutal second run crash. Taubitz was top of the pack after Heat 1, but completely blew her lead – and likely her medal chances – after she sputtered out of control on “the Dragon’s tail,” the very end of the notoriously serpentine track. Her heartbreaking performance reflected how so many lugers struggled with a very tough course. She’s now in 14th place.

Only the top six managed to keep within a second of the leader. Anna Berreiter, an Olympic freshman who has collected seven World Cup event medals since 2019, stands second halfway through the race. She’s 0.208 seconds off the lead. The ROC’s Tatyana Ivanova holds third, more than half a second from first.

TEAM USA STRUGGLES AT THE BOTTOM

Many athletes would not have returned following the near-fatal crash Emily Sweeney endured at the 2018 PyeongChang Olympics, in which she broke her neck and back.

But as commentator Kate Hansen said, Sweeney “just doesn’t know when to quit. She’s such a fighter.”

In Heat 1, Sweeney – like so many others – struggled at the bottom of the track often referred to as “the Flying Snow Dragon” or just “the Dragon.” For a few frightening moments, she pinballed against the walls and through the finish line.

Then she threw up her arms, smiled, and groaned: What can you do?

After a second blowout in Heat 2, Sweeney’s chances for a medal at the 2022 Winter Olympics are slim-to-none; she may not even make the final heat, reserved for the top-20. Sweeney is the last of the three Americans, currently standing 28th and leaking 4.585 seconds.

The Dragon’s tail also caught Summer Britcher at the end of her first heat. After a solid start, Britcher descended the ice at a smooth pace. But she hit the wall in the run’s very last moments and barely held onto her sled as she passed the finish line.

Still, like Sweeney, Britcher took it on the chin: As the camera followed her walking off the course, she blew a kiss and bowed. Lesson reinforced: What can you do? Britcher ended the day in 26th place.

Ashley Farquharson, the third American to tackle the course and the one with the least experience, also bumped the wall a few during her initial run. She walked off with a smile and finished as the top U.S. luger: 18th place, 2.171 seconds from the top.