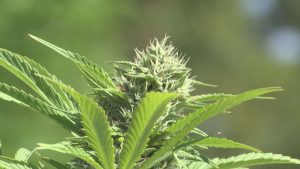 Weed, Calif. — California voters head to the polls Tuesday, for the state’s primary election. In addition to the 27 people running for governor, residents will cast their ballots on dozens of local offices and weigh in on 5 state-wide ballot measures.

In Weed, California, voters are weighing in on a cannabis tax measure. Measure K asks voters whether the city should impose a marijuana business tax of up to 10% of gross receipts, and $10 to $26 per square foot of grow area.

According to the ordinance, the tax would raise approximately $50,000 dollars a year, and the money would be used to fund police and fire services as well as street maintenance.

As written, the tax has no expiration date, but voters could reduce or repeal it during a future election. Polling locations will be open from 7 AM to 8 PM, Tuesday June 5th.

You can read more about the ordinance HERE.