KING CO., Wash. — A second person in the U.S. is now dead from coronavirus in Washington state.

Both deaths are in King County, just outside Seattle. The patients caught coronavirus from person-to-person spread. The first death was a man in his 50’s. The second is a man in his 70’s with an underlying health condition.

The confirmed cases total is now at 89. The total cases include those the CDC confirms and those local authorities label “presumptive cases.”

Meanwhile New York has announced its first case. A woman is in isolation in Manhattan after testing positive.

On the opposite coast, three more infected patients in Santa Clara County, California. Two are spouses. The third is a person with chronic health issues.

Florida also announced two cases Sunday night, as well as two new cases in Oregon and two in the state of Rhode Island.

CDC officials say out of the total 89, the U.S. has four cases of undetermined “community spread.” 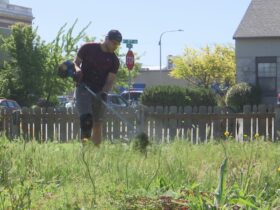