For generations, Oregon’s Sea Lion Caves has prompted Highway 101 motorists to make a stop at this scenic spot and gift shop, perched high on a rugged cliffside.

Each year, thousands of visitors pop inside to take a ride down an elevator to see America’s largest sea cave, a 25-million-year-old cavern that’s 12 stories high and the length of a football field, home to numerous giant sea creatures that roar and bellow as they flop across the surf-splashed rocks.

“It’s a natural attraction,” says Steve Saubert, co-owner of Sea Lion Caves. “It’s not like a zoo. The sea lions are here because they want to be.”

Sea Lion Caves faced a crisis when the pandemic began in 2020. Just like thousands of other businesses, the gift shop and elevator were forced to shut down. It was a first in the attraction’s nearly 90 years of operation. Steve wasn’t sure what the future might hold for the business and his employees’ families.

“All the time, we were worried—let me tell you,” he recalls.

After struggling through the first round of the federal Paycheck Protection Program loan process, Steve turned to Oregon Pacific Bank, known for being a community bank focused on helping local businesses.

“We said we need help, and Oregon Pacific Bank was right there to help us,” he says. “They guided us right through the process, and we got our PPP loan, and our employees never missed a day of pay.”

Mike Webb, a Commercial Relationship Officer at Oregon Pacific Bank’s Florence Branch, says the bank was happy to step up in a time of crisis to fulfill its role as a true community bank.

“As a community banker, you get to know the people in the community,” he says. “When you see an opportunity to help them, you know you have access to the resources that can get them to where they need to be.”

Community banks played a pivotal role in pandemic relief. In Oregon, they issued more than $675 million in PPP loans, saving more than 223,000 jobs for small businesses.

And though community banks tend to be smaller, they provided 60 percent of all PPP loans, according to a report from the Independent Community Bankers of America. Two-thirds of those went to small businesses.

Local decision-making paid off for businesses and employees

Mike recalls the widespread unease at the start of the pandemic. Like Sea Lion Caves, a lot of Florence businesses depend on tourist income, and suddenly everyone was staying home.

“It was surreal,” he says. “No one really knew what was going to happen. It was nothing like anyone had seen before. We were making loans because our local management, said, ‘Yes, let’s do this.’ And we felt we had to do this for our community. This was, in essence, a make-or-break moment for a lot of people in this area.”

Their efforts paid off once businesses reopened and it was clear the worst had passed. “Everyone that we loaned to in the Florence office is still in business,” Mike says.

“As a business owner, we need to be able to go in and sit down and talk when we need to. And that’s the beauty of our local community bank. I can dial a number and get right to Mike. And that’s pretty exciting nowadays.”

In celebration of Sea Lion Caves’ 90th year, if you make a monetary donation to the Siuslaw Pioneer Museum between now and the end of 2022, you’ll receive a family pass for four to Sea Lion Caves. 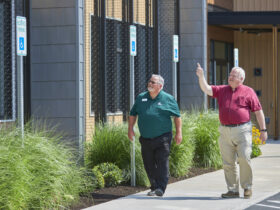 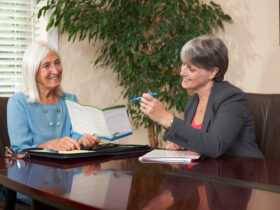 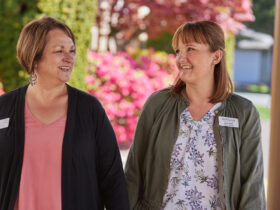 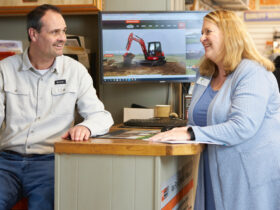