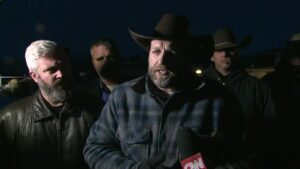 BOISE, Idaho (CNN) – A man who led an armed siege on an Oregon wildlife refuge is running for governor in Idaho.

The secretary of state’s office says he’ll need to file again because he’s not registered to vote. That’s okay for a candidate but Bundy is naming himself as his own campaign treasurer. The person in that position needs to be a voter.

Another snag is that Bundy is banned from the Idaho Statehouse after being charged with trespassing and resisting arrest there.

Five years ago, he was acquitted after the occupation of the federal Malheur Wildlife Refuge.