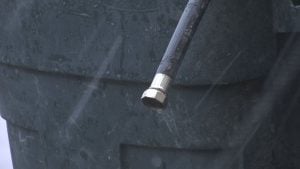 ASHLAND, Ore. — Over $3,000,000 from the American Rescue Plan Act is being used by the cities of Phoenix, Talent, and Ashland to make improvements to the tap water system.

The money is being split between the cities by using a TAP Master Plan.

The City of Ashland says the improvements will help with the long-term reliability of individual and collective water systems.

Improvements will include an emergency supply connection between the cities, backup power generators for each booster pump station, as well as some seismic retrofitting of pipelines in case of an earthquake.

“It’s really meant to provide a little bit more of a robust and resilient system for the tap system which is primary for Talent and Phoenix and provides portable water for the City of Ashland,” said Public Works Director, Scott Fleury.

The proposed work plan shows improvements will begin in April 2024 with a set completion date for December 2026.