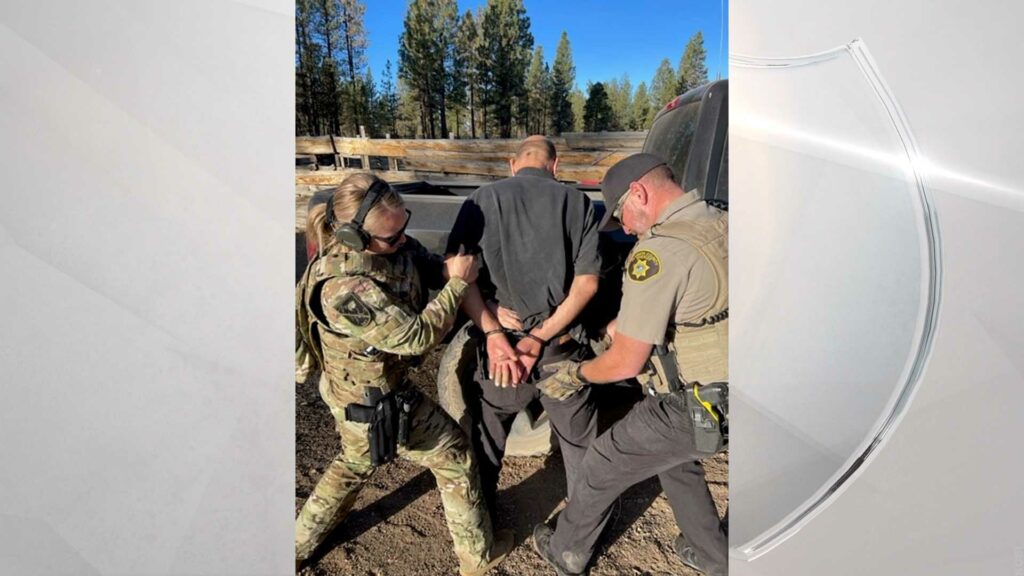 KLAMATH COUNTY, Ore. – An attempted murder suspect is now behind bars in the Klamath County Jail.

On October 8, deputies responded to a location in the 32000 block of Klamath Forest Drive near Sprague River after they received a report of menacing.

Investigators couldn’t find the victim at first. But eventually, they were tracked down and told deputies they had been kidnapped and shot at.

According to the Klamath County Sheriff’s Office, the suspect was later identified as 51-year-old Clinton Edward Bimemiller.

Deputies said they later learned there was another victim who said Bimemiller shot at them.

On October 13, the Klamath County Sheriff’s Office arrested Bimemiller in the area where the shooting reportedly happened.

Bimemiller was arrested for numerous charges including attempted murder, kidnapping, and menacing.