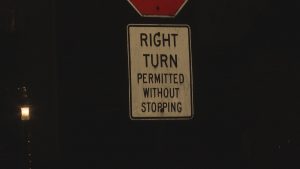 Jacksonville, Ore.- A busy intersection in Jacksonville is causing a lot of headaches for visitors and residents alike, which is why the city asked the Oregon Department of Transportation to evaluate the safety concerns at 5th Street and California Street in Jacksonville.

Here’s what ODOT found – Five accidents occurred from 2007 to 2011, but no more have happened since then.

“It’s not a safety hazard as compared to other intersections around the state with similar configurations. we look at it as a rate and overall there is a low crash rate,” Jerry Marmon, ODOT offical said.

According to ODOT’s findings, adding a four-way stop would cause more traffic issues.

Council members say although the intersection has a low crash rate on paper it’s still dangerous. The council is asking ODOT to research other alternatives to make the intersection safer for drivers and pedestrians.