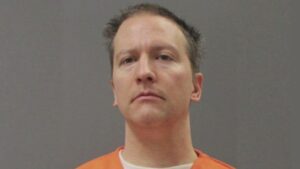 Floyd, a 46-year-old black man, died in May of last year after Chauvin kneeled on his neck for more than nine minutes.

Video of the incident sparked a nationwide protest movement against police brutality and systemic racism.

Chauvin faces up to 40 years in prison.

His attorneys will have 60 days to appeal the outcome.