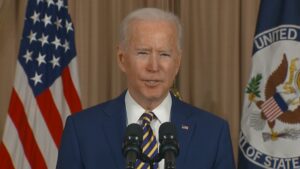 Both Oregon U.S. Senators, Wyden and Merkley, are behind the plan.

Nathaniel Orr, a student at Southern Oregon University, says the resolution could be good for students struggling with finances.

“I think for people who need loan relief especially since the pandemic hit, it would really benefit them. It’s a good step of getting our country back into a full swing economic standpoint,” said Orr.

Republicans are against the plan, calling it government gift-giving.

Reports say the initiative has been a major priority for months, but there’s no guarantee President Biden will move it forward.