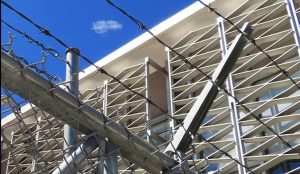 It’s one of three state prisons, that Governor Brown is looking to close in her budget proposal released earlier this month.

Non-profit, South Coast Development Council and the Southwest Oregon Work Force Investment Board are both signing the letter.

It’s goal is to inform Governor Brown about the impact that closing the facility will have on the community, and economy.

According to the council, Shutter Creek employs around 80 people, and losing those jobs means losing major living wage jobs’ for the community.

“What we are trying to do is just make sure they are informed of the ripple and impact that it will have locally and regionally on our economy and not just economy but also just the indirect forces that currently play with the correctional facility,” says the South Coast Development Council.

The council says this is not the first time shutter creek has almost shut down, just a few months ago, the facility was at jeopardy of closing down due to the financial issues it was seeing with COVID-19.

But, there was a community movement to make sure that didn’t happen.

The letter will be sent next week.