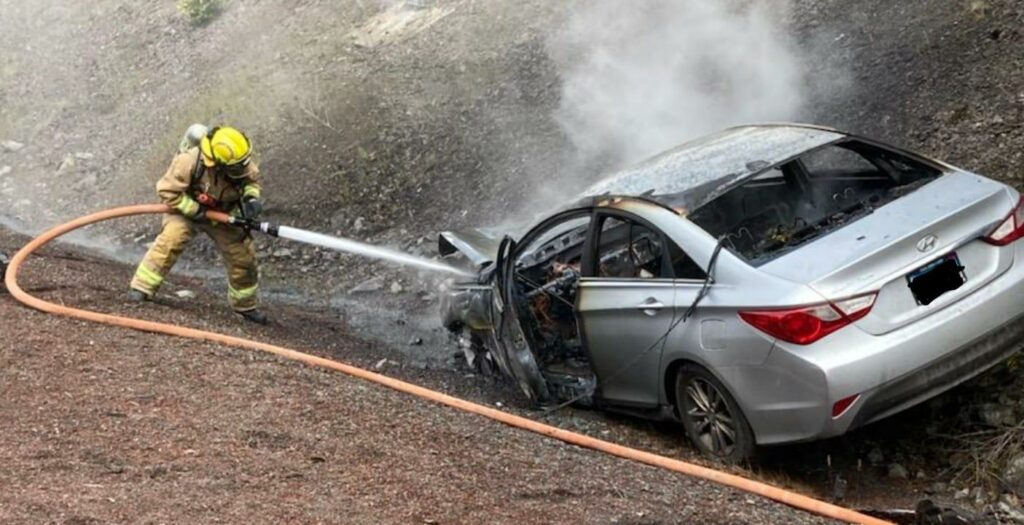 SUNNY VALLEY, Ore. – A driver was taken to the hospital with first and second-degree burns after their car caught fire on Interstate 5.

Firefighters said flames from the engine engulfed the car’s interior quickly, giving the driver very little time to pull over.

Rural Metro said the driver reportedly also lost braking ability and had to “bail out” to escape the flames.

The responders quickly got the fire out without any spread to the hillside.

First responders believe the cause of the fire is mechanical.

No word on the condition of the driver.