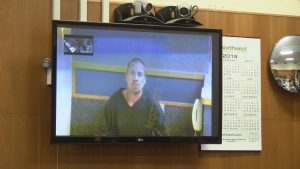 A Grants Pass man has been sentenced to ten years after being found guilty of manslaughter.
On Black Friday in 2018, Trevor Gilmore shot and killed Justin Severnak and Chris Lyon. Gilmore was acquitted in the death of Severnak. The judge said Gilmore acted in self-defense. However, Gilmore was found guilty of manslaughter in the death of Lyon.
Gilmore’s lawyer said they would be filing an appeal.
Tags: gilmore Grants Pass manslaughter
Share
Share on Facebook Share on Twitter Share on Pinterest Share on Reddit Share on Email