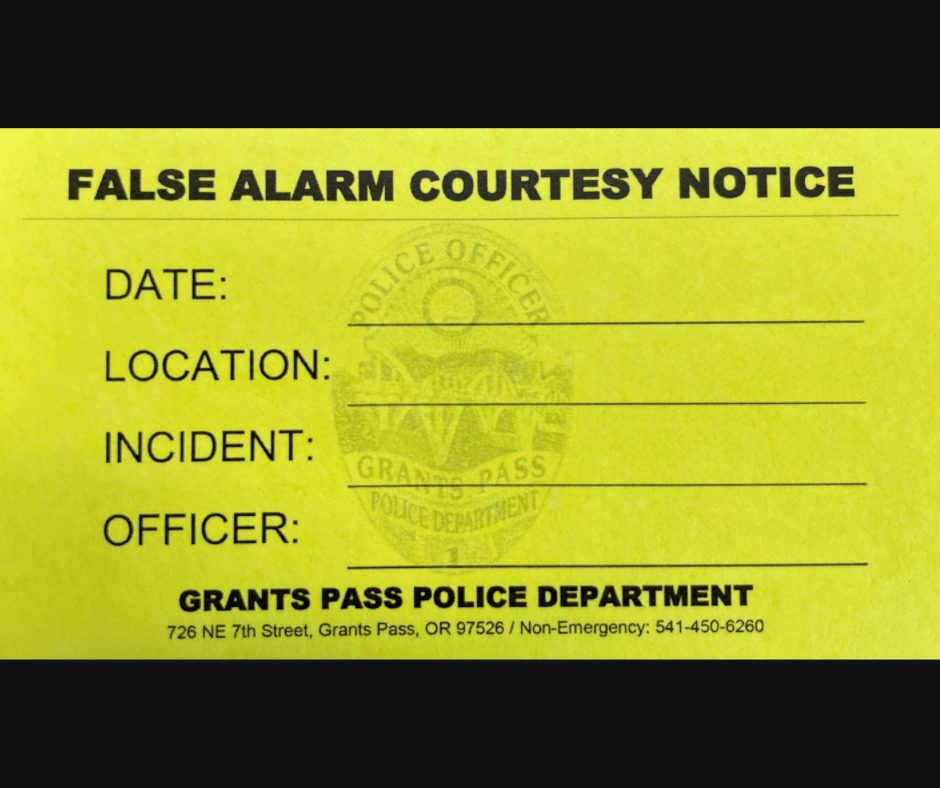 GRANTS PASS, Ore. – After responding to a flurry of false alarm calls, the Grants Pass Police Department is enforcing a new rule that could cost you.

Since the start of 2022, GPPD responded to 435 alarm calls, police said. Only 18 of those were related to an actual crime. All of the others were false alarms.

Police said all of the callouts were draining resources to the point where the city council had to step in. So, they passed a new false alarm ordinance with a “three strikes” policy.

Officers explained if they get called out to a false alarm, they’ll post a “False Alarm Courtesy Notice” on the door and send a warning letter in the mail. A second call to the same place will result in an identical notice. However, if officers have to come out a third time, a fine will be imposed.

GPPD said, “Our hope is that everyone will keep their alarm systems in good working order and teach everyone who has access to the system how to properly operate the controls. Thank you in advance for helping us be more efficient in our community efforts to fight crime!”