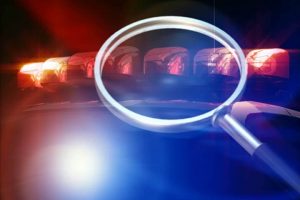 ROGUE RIVER, Ore.– #UPDATE: A man is dead after his son-in-law attacked him and other family members at their home late Friday night.

David Edward Hodges is lodged in jail on multiple charges after the Jackson County Sheriff’s Office responded to a home in the 7000-block of Rogue River Highway. They got a call of a shooting just after 10:30 p.m. Friday. The caller was later identified as Hodges’s wife, Kristie, and she reported that there had been an assault with a fire arm. The call disconnected, but gun shots could be heard in the background before it ended according to dispatchers. 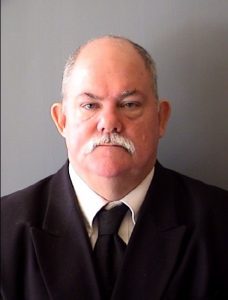 Deputies arrived at the home along with other personnel from various departments. Police say they called out for the suspect to exit, but no one came outside. Deputies say they then went inside the home and found the body of Richard Carlton Rudolph, the suspect’s father-in-law, who had an apparent gunshot and other stab wounds. Deputies found that the suspect had fled, and may have been armed with a shotgun.

Deputies say Kristie Hodges was still in the house, but had multiple gunshot wounds. She was then taken to the Three Rivers Medical Center by ambulance and later transferred for further treatment. Her condition is reported as stable.

Deputies say they found Kristie Hodges’ 16-year-old daughter inside as well, and she was taken to the hospital to be treated for extensive blunt and sharp force injuries. She is reported to be in serious, but stable condition.

JCSO K9 and SWAT teams arrived to help deputies look for Hodges who they say had fled before deputies got there. At about 2 a.m Saturday, a K9 team found Hodges hiding under a tree across the highway. He had sustained minor injuries from a dog bite, but was taken into custody. He was not armed according to police, and no one else was injured.

It’s unknown at this point why there may have been a dispute at the home Friday.

Hodges was treated at the hospital before being taken to the Jackson County Jail and lodged on multiple charges including murder, attempted murder, first degree assault, and unlawful use of a weapon.

The investigation is still ongoing. Anyone with information about the incident is asked to call the JCSO tip line at (541) 770-8333.

Detectives with the Jackson County Sheriff’s Office are investigating a homicide in the 7000 block of Rogue River Highway.

According to the sheriff’s office, the suspect is in custody. A name has not been released.

Deputies were called to the location late Friday night to investigate a report of an assault with shots fired. Police have not made any further information available at this time.

Stay with NBC5 News for an expected update soon.