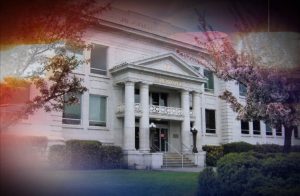 Grants Pass, Ore. — The Josephine County Courthouse was briefly evacuated due to a suspicious package.

The Grants Pass Department of Public Safety said officers and OSP troopers responded to reports of a suspicious package at the courthouse just before 2:00 Wednesday afternoon. After police arrived on scene, the courthouse was evacuated.

According to officers, the OSP Explosives Unit was requested and arrived in less than thirty minutes to examine the package. The package was determined not to be a threat.

The evacuation was lifted and business resumed at the courthouse roughly an hour after the evacuation.